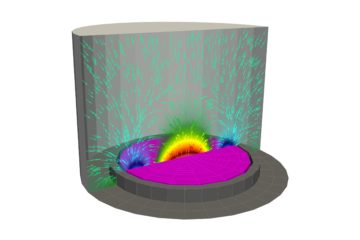 Direct Current (DC) Magnetron Sputtering is an effective method used in thin film deposition processes to create, e.g., a metallic coating on an object. The material used for the coating is released or sputtered from a target (cathode) by bombarding that surface with energetic ions and then condensates on the substrate (anode) surface. In the following the benefits of a magnetron simulation are shown.

By Stephen Copplestone, 9 months3 months ago